Over thirty-five women from different cities and backgrounds launched the Libyan Women’s Platform for Peace (LWPP) in October 2011 to ensure that women are a vital part of post- Gaddafi Libya. Doing so with a particular emphasis on inclusive transitions, women’s rights, youth leadership, advancement and security as related to women’s political and economic participation and constitutional reform. Our experience is far reaching, ranging from constituency building, mobilization, network facilitation and management, as well as successful advocacy and lobby activities in the fields of women’s political leadership and participation.

In December 2011 the National Transitional Council drafted a controversial election law that was criticized for its exclusivist patriarchal tribal mind-set. The LWPP joined with other organizations to protest the election law. We also identified legal experts sensitive to gender matters and asked them to form an independent committee that would produce a more inclusive electoral law. To guarantee equal representation of women and men, the committee proposed an electoral law based on “zipper lists,”or political party election lists that alternate vertically and horizontally between male and female candidates. This initiative was adopted and was very successful. The turnout of women voters, candidates and winners was impressive. 624 women registered as candidates (of 3,700 total), 540 through political parties (encouraged by zipper lists) and 84 as independents. Sixty-two percent of Libyans (40 percent of them women) cast over 1.7 million ballots. Libyan women won 16.5 percent of the positions (thirty-three seats, of which thirty-two were acquired through party lists) in the first elected National Congress in fifty-two years.

With a belief that ‘there is no real empowerment of women without the disempowerment of warlords’, our focus is on advocating for securing the protection and the effective participation of women along with ending impunity of warlords. Getting the political will has proved challenging, and in light of this, we launched advocacy campaigns and implemented projects centered on demilitarization. We organized the first consultation meetings on disarmament, demobilization, and reintegration of armed groups. We joined forces with many youth leaders, and mobilized societal actors against militarization, which was plaguing the Libyan society. This has put us at great risks and led to the tragic loss of a number of members and affiliates of LWPP. Five armed men murdered Salwa Bugaighis, a co-founder of LWPP, in her home on 25 June 2014. Until the last hour of her assassination, Salwa was mobilizing people to participate peacefully in the democratic process by voting to ensure a peaceful transfer of power. No one has been held accountable for her murder, as there has been no independent investigation for her assassination.

The involvement of Civil Society Organizations in the peace negotiations and national dialogue in Libya, particularly of women and youth, remain limited and virtually absent. A challenge that has steered CSOs to adapt a new approach guided by strengthening civil society cooperation across Libya, and to target horizontally a trust building approach at grassroots. At the crux of our framework at LWPP, is the view that such levels of cooperation between CSOs and local communities is critical to reposition the two vertically with political forces in Libya. This would broaden the space for a more proactive direct involvement in Libya’s peacebuilding and state-building process. For us, community trust is critical to enhancing the role of CSOs as change makers in Libya.

In the last 9 years, we have reached out to, and built the capacities of more than 100 organizations and  individual activists in Libya and in the Diaspora. Our aim is to form and solidify a critical mass of CSOs, activists mobilized to develop, guide, and influence a constructive upwards, and downward dialogue stream towards peacebuilding, whilst ensuring human rights in Libya.

Building on our strategic partnerships with institutions like al-Azhar and Zeituna Universities- the oldest Islamic universities- our aim has been to build a trusting relationship between women’s rights activists and religious leaders and create a common space where both can be trained and build a ‘common word’. These partnerships are built to fulfill our aim to support a nation-building process through establishing a platform for dialogue between religious leaders and civil society leaders, particularly women and minorities, in order to achieve an inclusive peace process and social cohesion. Through the ‘relationship’ approach rather than a simple ‘dialogue’ approach, we have worked on creating community outreach activities in Benghazi between the local council, army (Demining Military Platoon) & civil society to focus on aspects of human security and address ways of healing the traumas of the war and building sustainable trust relationships.

In partnership with the World Organization of Al-Azhar Graduates, we launched the ‘Fostering Wasati Islam in the Libyan Nation’ program in December 2016 with the aim to support prevention of violent extremism in Libya. Two workshops were held in 2016 titled “The Personal Status Law between Human Rights and Islamic Perspectives.” The second in 2017, “Monitoring and Refuting Extremist and Takfiri Fatwas and Ideas,” for Libyan bloggers and human rights activists. In support of the “wasati” program, we successfully secured 50 academic scholarships for Libyans from al-Azhar University under the auspices of Imam Ahmed el-Tayeb, the Grand Sheikh of al-Azhar.

Working with the Libyan Military Engineering Unit and local activists, we produced a series of three documentary films in 2017 that highlight individual, social, and economic long-term effects of war in general, and the need to combine social and psychological rehabilitation with reconstruction of physical infrastructure. The first documentary in the series, titled “The Hidden Enemy” highlighted the deadly situation in some residential neighborhoods of Benghazi due to landmines and explosive remnants of war, and the military demining unit’s lack of resources and mine-clearing equipment. The second film “Symphony of Death” highlighted the effects of landmines through interviews with a number of landmine victims in Benghazi. The third film “A Tale of Resilience” tells the stories of victims of the armed conflict and post-traumatic stress disorder in Benghazi.

We also advocate for the freedom of expression, association, and peaceful assembly of activists, CSOs, and journalists. Our approach and strategy focus on strengthening their network capacity, while emphasizing greater influence at the community and grassroots level by building a trusted working relationship with CSOs and communities. Repositioning our approach at the grassroots level is critical in a sense as it seeks to strengthen greater and more practical linkages across CSOs and local communities, often referred to as the horizontal integration. We therefore seek to broaden our network across other active CSOs in Libya and the Diaspora, and other community stakeholders such as local councils, religious leaders, individual activists, journalists, and private sector, by creating an active and practical community-based activities that aim to engage collectively all of the targeted stakeholders.

Over the years, we led many successful campaigns. For example, in 2011, the National Transitional Council drafted a controversial election law that was criticized for its exclusivist patriarchal tribal mind-set. We joined other organizations to protest the election law and identified legal experts to form an independent committee tasked with producing an inclusive electoral law to guarantee equal representation of women and men. The committee proposed an electoral law based on “zipper lists,” or political party election lists that alternate vertically and horizontally between male and female candidates. The initiative was adopted and was successful. Libyan women won 16.5 percent of the positions (thirty-three seats, of which thirty-two were acquired through party lists) in the first elected National Congress in fifty-two years.

In 2015, LWPP launched a ‘Justice for Salwa is Justice for All’ campaign, documentary film Justice For Salwa Is Justice For All, in partnership with Karama and Equality Now. Together, we lobbied the UN Secretary General and UN Security Council members to initiate an independent investigation into the assassination of Salwa Bughaighis and the other women who were also assassinated and urged the President of the General Assembly to prioritize security of women leaders, women’s organizations, and human rights defenders as a well in the post-2015 development agenda. As part of the campaign, we produced a documentary with the support of Karama that addresses Human Rights violations in Libya, Militarization, Impunity and lack of local and international accountability, security for women and human rights defenders, UN Resolution 2174, and the struggle to continue Salwa’s legacy for a just, free and inclusive Libya.

We have also contributed extensively to the research literature on Libya’s transition. Our report “Libya after Seven Years of Impasse: Prospects for The Transitional Period and The Roadmap” provides insights into the challenges in Libya’s transition and how to establish stabilization and sustainable peace. Our research aimed at amplifying the voices of the local community regarding the peace process. We found that there is an urgent need to reassess the Libyan crisis and the proposed roadmap by the International Community. Our research concluded that the crisis in Libya is not merely a political one; hence, the solution must be multi-dimensional and employ a comprehensive integrated approach.

Our “Women Peace Mediators,” awareness campaign that we launched in 2018 aimed at introducing and boosting actual examples of active participation by women in conciliation and successful mediation which is deeply rooted in Libyan heritage and customs. The underlying objective was to underscore the role of women in local and national mediation and reconciliation in Libya in the past and present.

Our mission continues to work towards establishing an inclusive sustainable peace in Libya. 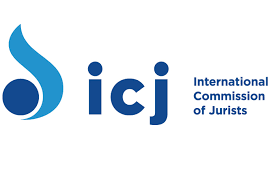 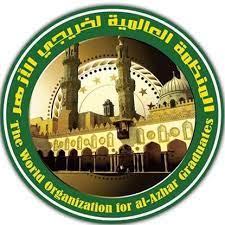