You Are In:Home/Projects/'LWPP Launches Programs for 'Fostering Wasati Islam in the Libyan Nation' 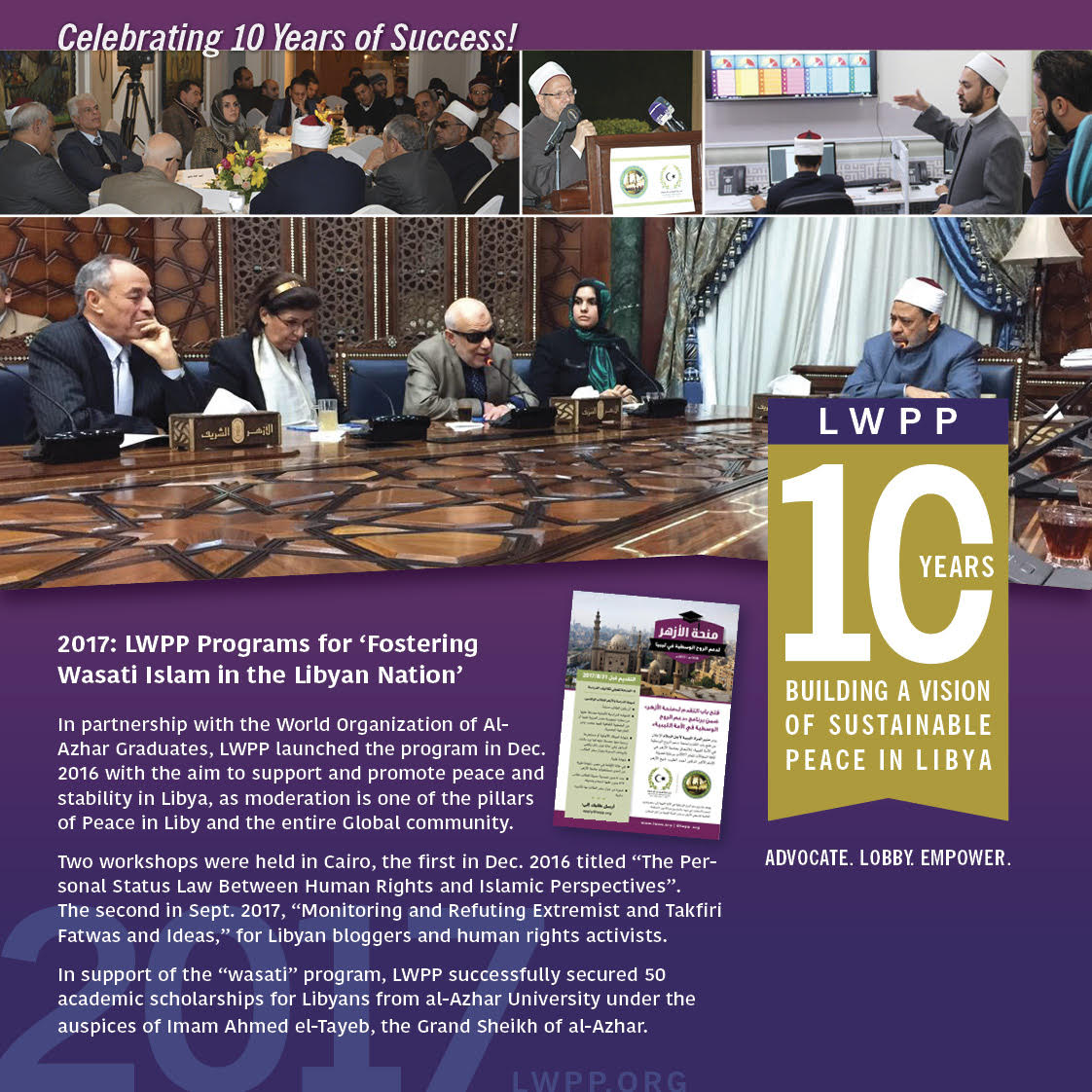 In partnership with the World Organization of Al-Azhar Graduates, LWPP launched the program in December 2016 with the aim to support and promote peace and stability in Libya, as moderation is one of the pillars of Peace in Libya and the entire Global community.

Two workshops were held in Cairo, the first in Dec. 2016 titled "The Personal Status Law Between Human Rights and Islamic Perspectives." The second in Sept. 2017, "Monitoring and Refuting Extremist and Takfiri Fatwas and Ideas," for Libyan bloggers and human rights activists.

In support of the "wasati" program, LWPP successfully secured 50 academic scholarships for Libyans from al-Azhar University under the auspices of Imam Ahmed el-Tayeb, the Grand Sheikh of al-Azhar.